Plot Summary: When Bobby’s job at the Mercado gets moved to Royal Woods, Ronnie Anne learns that she, along with Bobby, are gonna move back to Royal Woods and Rosa, Hector, Frida, Carlos, CJ, Carl, Carlitos, Carlota, Stanley, Becca, Sid and Adelaide are also gonna move in along with them to their old and new houses. Stanley plans on getting a job at the Royal Woods Metro-Sub Station and Becca plans on getting a job at the Royal Woods Zoo. and Sid and Adelaide meet Clyde, Stella, Zach, Chandler, Rusty, Rocky, Liam, Lori, Leni, Luna, Lynn, Lucy, Luan, Lisa, Lana and Lola for the very first time.

(The entire scene opens with Ronnie Anne and Sid hanging around in Sid’s bedroom. and they’re playing a Dance-Dance Revolution similarity with one another.)

Sid: “Wow, Ronnie Anne. you’re really super good at this than I really am.”

Ronnie Anne (on her smartphone): “hello? oh hi there, Mom. oh really? right now? but I just got here. okay. thanks a bunch. bye now.”

(Ronnie Anne hangs up her smartphone.)

Sid: “what exactly did your mom say?”

Ronnie Anne: “I don’t know, Sid. she just said she had something super important to tell me.”

(Ronnie Anne exits Sid’s bedroom. and she goes back home to her own apartment floor.)

Rosa: “Ronalda. there you are.”

Bobby: “we got something to tell you.”

Maria: “Ronalda? you know exactly how long your brother’s been working at

Ronnie Anne: “yeah? what about it?”

Maria: “well? his job there’s been moved to Royal Woods. our original classic hometown. so we’re gonna be moving back there. so he can open his own Mercado there. and your grandparents and relatives are gonna move into a new house.”

Bobby: “I’m really gonna miss my old Mercado. but I always wanted to open one back in Royal Woods.”

Ronnie Anne: “I need to tell Sid, Adelaide and Mr. and Mrs. Chang about this right away.”

(Ronnie Anne goes right over to Great Lakes City Park to tell Sid, Adelaide, Becca and Stanley about her move back to Royal Woods.)

Ronnie Anne: “Sid, Adelaide, Mr. and Mrs. Chang. I got some super important news to tell you guys.”

Adelaide: “what is it, Ronnie Anne?”

Becca: “we really wanna know about it.”

Ronnie Anne: “Bobby, my brother’s job at the Mercado, just got moved to Royal Woods. my original classic hometown. and my mom said that we’re gonna be moving back there. so he can open his own Mercado there. and my grandparents and relatives are also gonna move into a new house.”

Sid: “thanks a bunch for telling us, Ronnie Anne. we even told Adelaide the exact same thing.”

Stanley: “we’re also gonna be moving into a new house next door to your grandparents and relatives as well too.”

Ronnie Anne: “so, Adelaide. are you terrified and nervous about moving from Great Lakes City to Royal Woods?”

Adelaide: “no. of course not. I get over it by whistling my fears and concerns away.”

they move back to Royal Woods and we move in along with them as well too.”

Ronnie Anne: “then let’s go hang around with Casey, Nikki, Sameer and Laird before it happens.”

Sid: “you’re such a pure genius as my best friend for life.”

(Ronnie Anne, Sid, Carl and Adelaide walk around on their way to Great Lakes City Park. and they meet up with Casey, Nikki, Sameer and Laird there as well too.)

(Adelaide tosses the blue Frisbee right over to Carl. and he catches it.)

Carl: “this is real super fun and thrilling. I never knew spending so much time

in the park would be a thing.”

Nikki: “just as long as we’re not playing dodgeball out here. it’s okay with me.”

(Sid notices two mallard green ducks who aren’t really sure what to do around here.)

Sid: “look, Adelaide. there are two mallard green ducks who need your help to guide them to the river bank.”

Adelaide: “I know exactly what to do around here.”

(Adelaide begins whistling casually and beautifully at the mallard green ducks. and they’re now guided back to the river bank.)

Ronnie Anne: “there you go, mallard green ducks. Back to swimming around on the river bank.”

Adelaide: “and it’s all thanks to my super talented whistling gift.”

(They continue playing and hanging around with one another. and the scene goes to them watching a motion picture at the movie theater: Trevor the Happy Go Lucky Railroad Engine and Pals: The Motion Picture (Thomas and the Magic Railroad parody). and later on, they’re all hanging around at the ice cream and soda parlor.)

Adelaide: “now I wonder what it’s gonna be like in Royal Woods when I move away from here to there.”

Sid: “well, Adelaide. Ronnie Anne and I have already been to Dairyland Amoosement Park there. and I’m pretty sure you’re gonna really love being a new transferred student at Royal Woods Elementary School and you and I are gonna meet Clyde, Lana, Lola and the rest of Lincoln’s sisters there as well too.”

Adelaide: “okay, Sid. thanks a bunch for telling me that. I’m gonna have lots of fun and excitement there like I did here.”

Casey: “I got an idea, you guys. let’s all plan to prepare a slideshow goodbye party with all of our fun thrilled memories.”

Laird: “what a super wonderful idea.”

Nikki: “I’ll get the decorations.”

Sameer: “I’ll get the snack foods.”

Ronnie Anne: “and I’ll get the photos from the memory album.”

(They all get right in a group huddle.)

(Later on, they’re preparing for the Great Lakes City slideshow goodbye party. and they get every single photo from their past episodes: Blunder Party, Zoo-Mergency, Tooth or Consequences, Gossipy Girl, Throwing Pains, Bunstoppable, Monster Cash, Walk Don’t Run, How to Train your Carl, Karate Chops, Copy Can’t, An Udder Mess and Curse of the Candy Goblin.)

Sid: “well? that’s just about everything we prepared for.”

Ronnie Anne: “now all we need is for my abuela’s slide projector.”

(They begin setting up the photos with Rosa’s help. and later on, they’re watching slideshow clips from their past episodes.)

Adelaide: “here’s me and the marmosets in our underground tunnel.”

Sid: “you were all whistling a triumphant song to yourselves.”

Ronnie Anne: “fascinating. I didn’t even know Adelaide could whistle.”

Nikki: “and here’s our slumber party on the roof of the apartment.”

Carl: “Adelaide and I got to enjoy that super mega s’more.”

Adelaide: “and here’s when my jiggly baby tooth came right out my mouth.”

Carl: “and you even whistled super loud. especially without using your fingers.”

Laird: “and these chocolate fudge cakes are super yummy good to the heavenly spirit.”

Ronnie Anne: “come on, you guys. let’s go say farewell and goodbye to the rest of Great Lakes City.”

Rosa: “wait, Ronalda. don’t forget to take your slideshow DVD disc with you.”

Ronnie Anne: “thanks a bunch.”

Sid: “Adelaide? do you even remember when you took a drawing and painting

Adelaide: “I sure do. everybody really appreciated my true talent for artwork.”

Nikki: “before you girls begin packing, we would like for you to have this photo

to remember us by.”

(Nikki gives Ronnie Anne a photo of her, along with Casey, Sameer and Laird during their slumber party.)

Sid: “now we’ll have everything to remember Great Lakes City by. and I bet this Clyde boy’s gonna be super handsome and heroic and fearless.”

Adelaide: “and I can hardly wait to meet Lincoln’s younger twin sisters.”

Carl: “goodbye, Great Lakes City. it sure was super nice knowing all of you.”

Ronnie Anne: “so far, Mr. Nakamura, Mr. Filliponio and Mrs. Kernicky will be living in our old apartment along with Mrs. Flores.”

Sid: “and Breakfast Bot just decided that he’s gonna move in to the new house along with me and Adelaide.”

Carl: “we better get back home.”

(They all wave goodbye to all of Great Lakes City. and they help to pack everything that they own. except for their furniture. and Bobby and Ronnie Anne planned to move next door to the Loud family members’ house in Bud Grouse’s former house due to the fact that he moved to Royal Woods Retirement Home in the first place.)

Ronnie Anne: “hold it. I think Lincoln might be calling me about something.”

(Ronnie Anne touches the answer button. and she begins speaking on her smartphone.)

Lincoln (on his smartphone): “hi there, Ronnie Anne. how are things going?”

Ronnie Anne (still on her smartphone): “super good, Lincoln. apparently, my brother’s job at the Mercado just got moved from here to there where you and your sisters along with Clyde, Rusty, Rocky and Zach live.”

Lincoln (still on his smartphone): “does this mean you’re gonna move back here to live again with all of us? I heard from my parents and sisters that Mr. Grouse just moved from his old house to a retirement home. and I bet if you move in that house next door to our house, then your grandparents and relatives along with the Changs can move here along with you as well too.”

Ronnie Anne (still on her smartphone): “thanks a bunch. I really appreciate that.”

(They both hang up their smartphones. and the Santiago and Casagrande family members prepare to get right into their separate cars.)

Adelaide: “we really loved being with you guys! hopefully we’ll find more zoo critters like all of you.”

(They get right into their separate cars. just as the screen goes black. and a post credits scene shows Bobby working at his new Mercado in Royal Woods. and Sid, Adelaide, Becca and Stanley walk right in.)

Bobby: “oh hey there, Sid and Adelaide. how do you girls like living here in your current hometown?”

Adelaide: “we can hardly wait to meet Clyde, Lana, Lola and the rest of

Becca: “we just came here to buy groceries for our dinner and dessert meals.”

Stanley: “Sid and Adelaide can hardly wait to try some of the yummy good foods here in Royal Woods the way the tried them in Great Lakes City.”

Sid (looking right at the grocery list): “now let’s see. the first thing in the frozen foods aisle is a pre-baked pizza dough. and some turkey pepperonis, canned pineapple chunks, green peppers and Italian sausage chunks as well too for our Pizza bao dinner meal.

Lincoln: “Sid? Adelaide? Mr. and Mrs. Chang? These are my parents and my sisters. Lisa, Lana, Lola, Leni, Luna, Lynn, Luan, Lucy and Lily. and my best friend for life, Clyde and his two dads. Harold and Howard. and my other best friends for life: Rusty, Rocky, Stella, Zach and Liam. but watch out for Chandler and his pranks.”

Clyde: “well, Sid. now that I’m beginnin’ to get to know you, I’m finally over my Lori obsession.”

Stanley: “I should think about getting a job at the Royal Woods Railway Museum.”

Becca: “and I should think about getting a job at the Royal Woods Zoo as well too.”

Bobby: “and when Lori graduates from Fairway University, I can hardly wait to see what career she’s got.”

(Lily gives a super big thumbs up. and she smiles at the viewers. and the screen goes black.) 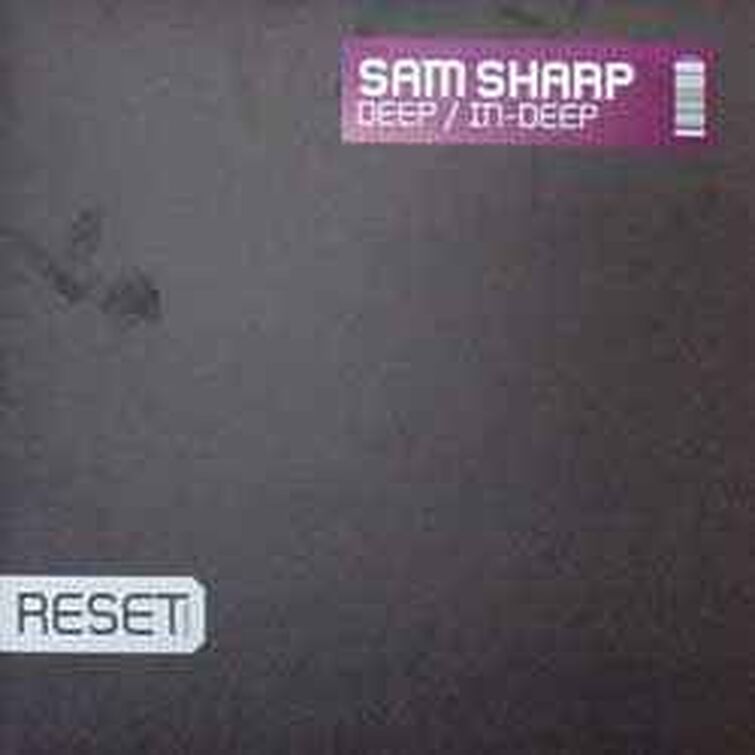 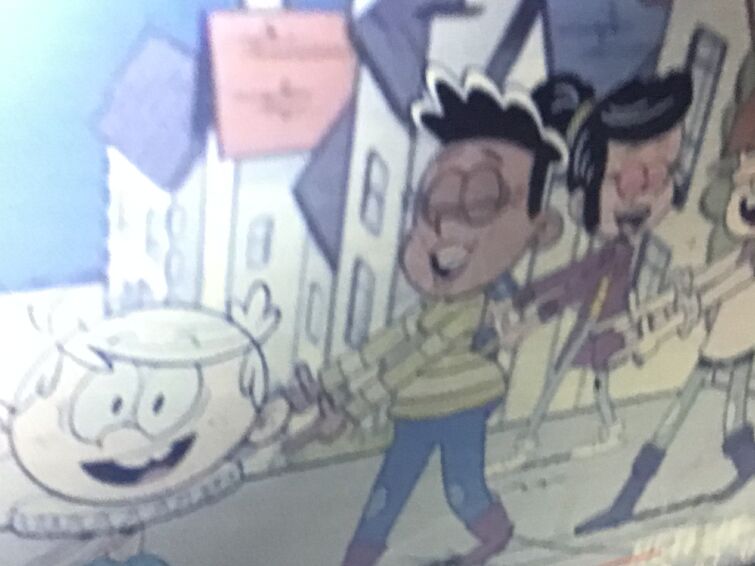 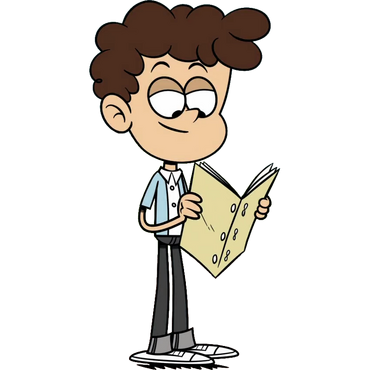 Leni: No, no quiero😨 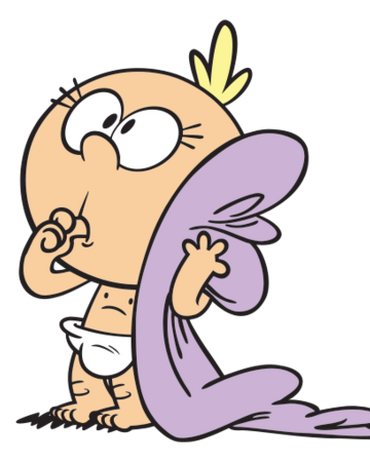 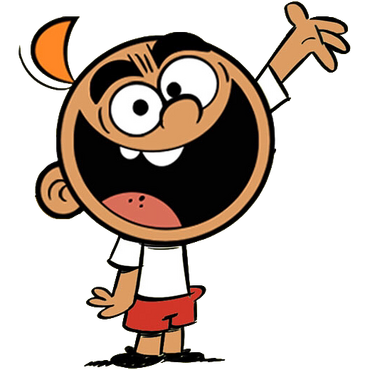 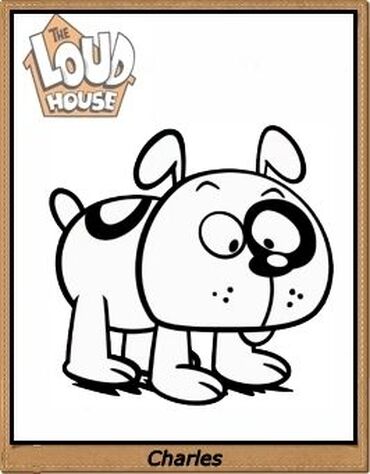 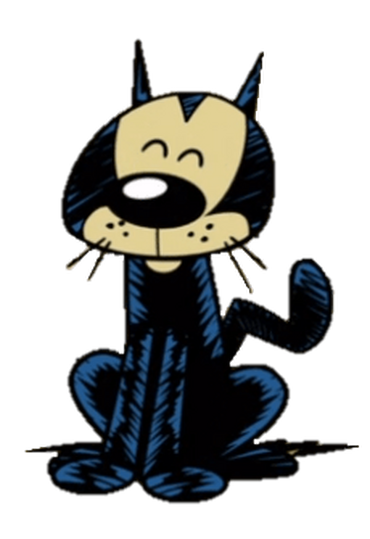 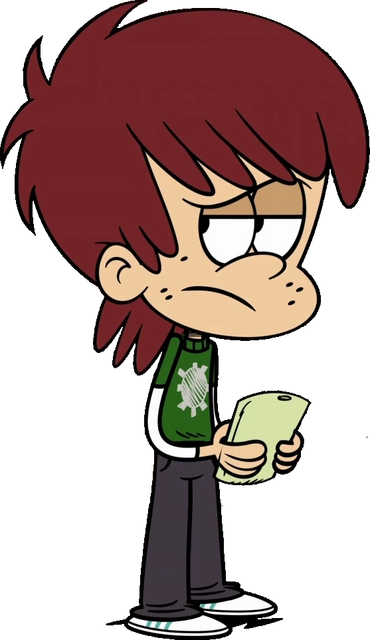 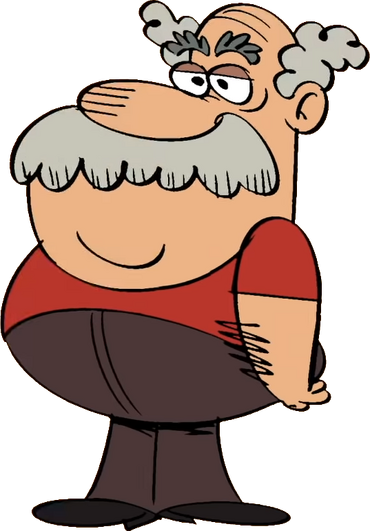 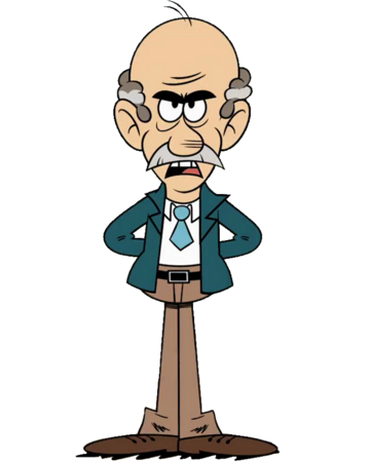 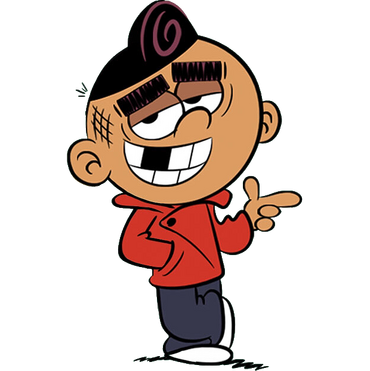 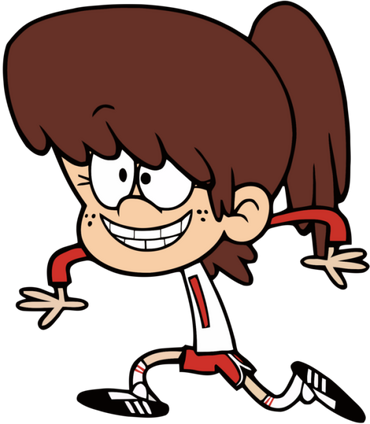 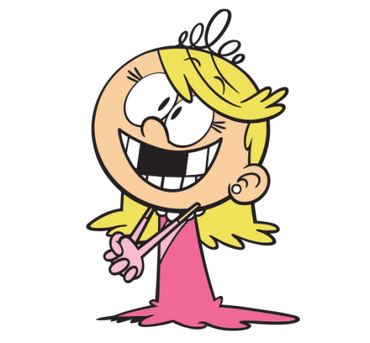