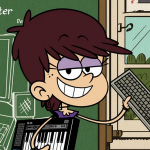 My favorite of the parents, is Rita because she is mature and she knows how to manage the problems.

My favorite sister is Luan, because even if she can be a monster, she can be a very sweet sister, like she was with Lucy on "Head Poet's Anxiety". I love her jokes because they are super funny.

The hardest badge to win was the "Caffeinated", 100 EDITS, when I was at 86 edits I was going to give up, but then I said to myself (I am very close to win), honestly it was one of the HARDEST THINGS that I ever did.

Favorite Episodes (Has to be updated)

These are episodes that I like and enjoy, but no too much as the others.

Leni: O-M-Gosh, you guys! (Brawl in the Family)

Luan: Why are clowns never bored? Cause were good at keeping occu-​pied​. (Funny Business)

"Lincoln, stop messing around with my whoopee cushions, I mean, I know they're gas" (The Price of Admission)

Lola: "Mom, Lana is drinking from the carton, and now she is COUGHING ON Meeeee". (One Flu Over the Loud House)

Lucy: "Hey. I'm conducting a practice funeral and I need a corpse. How do you feel about enclosed spaces?" (Overnight Success)

Lori: "Literalmente estas bromeando?". Is is spanish too. (Come Sale Away)

Luan: "Well get luck with that". (No Laughing Matter)

Lana: "I'd give it a minut before going in there. PHEW" (Not a Loud) 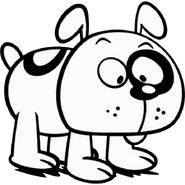 One of my ex profile photos 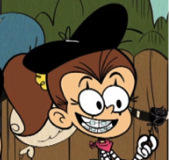 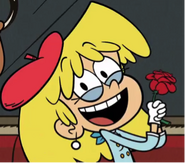 Add a photo to this gallery

Add a photo to this gallery

Retrieved from "https://theloudhouse.fandom.com/wiki/User:Aleji2404?oldid=910372"
Community content is available under CC-BY-SA unless otherwise noted.