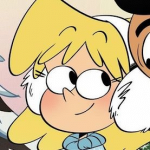 Just click on any other tab to know more.

Star Vs. The Forces of Evil:

We all need to unite and rise up against all public school systems. Educational reform now!

Retrieved from "https://theloudhouse.fandom.com/wiki/User:EnzoFrenzi?oldid=988139"
Community content is available under CC-BY-SA unless otherwise noted.